Because modern automotive paints are formulated to be extremely hard and resilient, it’s not unusual to get dings and dents that don’t damage the car’s paint surface. In cases like these, you can save a lot of time and money by taking your car to an auto body repair shop in San Jose that specializes in paintless dent repair. This method of car dent repair approaches the damaged areas from the inside, making it easier (and more affordable) for auto body technicians to get your car back in shape. Here’s a closer look at how paintless dent repair works and the benefits of this car dent repair method. 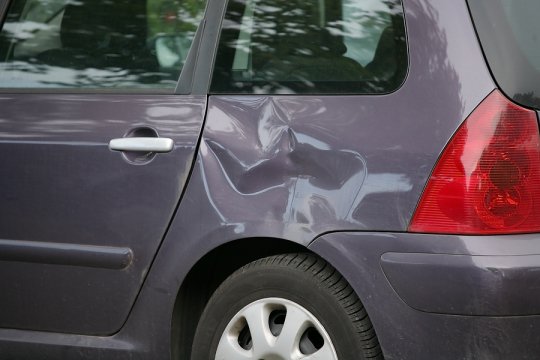 Paintless dent repair works by approaching the damage from the inside to “push” out the dent. Auto body technicians will use the proper assortment of tools to access behind the dent and apply the proper amount of pressure to restore the damaged area to its original appearance. The area will then be buffed, polished, and waxed to get rid of any cosmetic evidence.

An auto body repair technician will be able to assess the damage to your vehicle and determine whether it’s a good candidate for paintless dent repair. In general, damage to the car’s body that has not damaged the paint job is a good candidate for paintless dent repair, although there may be exceptions and better options depending on the location and severity of the damage.

For minor dings and dents, and even major auto body damage that hasn’t affected the paint surface of your vehicle, visit Michael J’s Body Shop in San Jose for expert paintless dent repair. Contact us online or call us at 408-279-2070 to learn more about our dent removal services or to schedule an appointment for your vehicle.

An auto collision can leave your vehicle marked with unsightly dents. If you are seeking highly effective dent repair services, at a great price, you…

In the event that you experience an auto collision, chances are that your vehicle may have one or more dents. When you contact your auto body shop in…